«Migrants Generally Have a Positive Effect»

was born in Lisbon 1957. He graduated in Law and Political Science at Lisbon Law School and had an academic and professional career as a professor in Portuguese universities, as a Judge in the Portuguese Constitutional Court, as Vice-president of Portugal Telecom Internacional and as Chairman of Banco Santander Portugal. In 1994 he was elected as a Member of the European Parliament, from 1995 to 1997 he was Deputy Prime Minister and Minister of Defense, since 1999 he is a Member of the European Commission, responsible for Justice and Home Affairs. He is the author of several books on European Affairs, Constitutional Law and Political Science.

The question of whether international or intercontinental migration has more positive or more negative effects on the economic, political and social development is one of the most controversial issues in national and international politics. Migration should not be overrated in its general effects. It doesn’t solve all the demographical problems, but as a whole it has more positive than negative effects. António Vitorino, EU Commissioner responsible for Justice and Home Affairs, is answering the questions of Robert Nef.

Robert Nef: In Germany the Süssmuth Commission recommends the large-scale immigration of highly qualified individuals from no-European countries so as to reduce the average age ofthe population and stabilise national economic productivity. France, on the other hand, has been able to post a major increase in its birth rate over the lastfour years. Are there any recommendations and concepts on how to overcome the problem of «ageing society».

António Vitorino: A recent report by the UN, based purely on demographic considerations, suggested that replacement migration could be an important factor in solving the problems caused by the declining and ageing populations in Europe. The Commission believes that, while increased legal immigration in itself cannot be considered in the long term as an effective way to offset demographic changes, since migrants once settled tend to adopt the fertility patterns of the host country, it could, in the short term, be an important element in population growth which could accompany other responses to demographic change, such as more friendly family policies. Equally, increased immigration will not, of itself, be an effective long-term way to deal with labour market imbalances, including skill shortages, which should be addressed by an overall strategy of structural policies in the field of employment and human resources development. However, controlled immigration may help to alleviate shortages provided it takes place within the context of an overall structural strategy.

Is the policy of focusing on the highly qualified correct, or should one strive to achieve a healthy mix in immigrations terms involving less qualified individuals?

Admission for economic migrants should clearly address the needs of the market place for the very highly skilled, and for lesser or unskilled workers or for seasonal labour. Admission policies for economic migrants must enable the EU to respond quickly and efficiently to labour market requirements at national, regional and local level, recognising the complex and rapidly changing nature of these requirements and consequently of the need for greater mobility between Member States for incoming migrants. Over the past few years a number of studies have tried to assess the economic impact of legal immigration in different Member States notably Germany, Denmark and Austria. These indicate that, while there are both positive and negative effects, especially at local level, these tend to balance out and that overall, migrants generally have a positive effect on economic growth, and do not place a burden on the welfare state. The perception that immigration contributes to unemployment is not borne out in these studies which show, on the contrary, that migrants generally take jobs which have remained unfilled even where there is high unemployment in the local population. Although they, and in many areas also low-skilled legal migrants, undoubtedly make a contribution to the economy in the short-term, their presence may also hinder the implementation of structural changes which are necessary for long-term growth.

Our policy therefore aims at satisfying the market in both highly and less skilled workers, depending of the needs of the economy.

What in your view are the most important pillars for a population and immigration policy capable of lasting success on national and European level?

A key element of the development of the European Union as an area of freedom, security and justice is ensuring fair treatment of third country nationals residing legally on the territories of the Member States through an integration policy aimed at granting them rights and obligations comparable to those of EU citizens. The presence of legal labour migrants and their families may, in the short term at least, be a positive factor in face of an ageing and declining population although there may be initial settlement costs. The availability of effective integration measures for third country nationals ensuring them decent living and working conditions reinforces their socioeconomic contribution to their host society. The absence of such policies, leading to discrimination and social exclusion, may result in the end in greater longterm costs to society.

Birth rates are also falling in the countries of eastern Europe, which means that the migration of people from east to west within Europe will not resolve the problem. Can the problem be solved by the immigration of highly qualified individuals from no-European countries?

A few aspects regarding the EU economy were highlighted at the Lisbon European Council in March 2000, notably the high number of people still unemployed, which although the unemployment rate has fallen to an average of 9.2% in 1999, remains at over 15 million. The labour market is characterised by the insufficient participation of women and older people in the work force and by long-term structural unemployment, with marked regional differences. The European Council emphasised the problems caused by the under- development of the services sector, especially in the areas of telecommunications and the Internet and the widening skills gap, especially in information technology where increasing numbers of jobs remain unfilled. It also drew attention to the need to modernise social protection systems and in particular to secure their sustainability in the face of an ageing population. Adaptation of pension schemes both to encourage more gradual forms of retirement with flexible forms of work and leisure for older age groups would also encourage people, who today are generally in better health and have easier working conditions than their grandparents, to work longer. Making pension schemes less sensitive to demographic changes through sharing responsibility more broadly between government, the social partners and the individual would also reduce the de¬ pendency on the working age population. 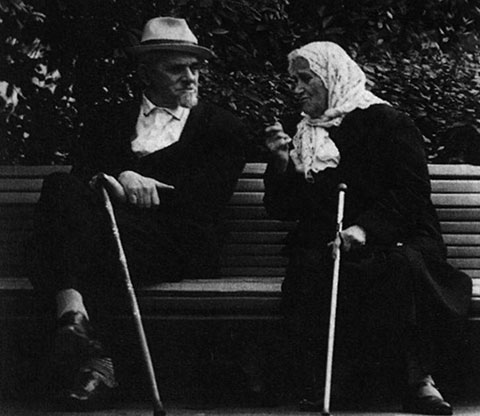 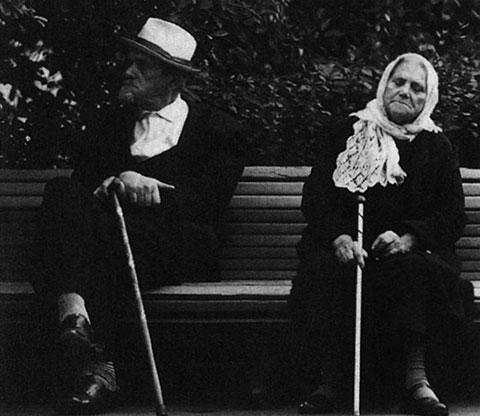 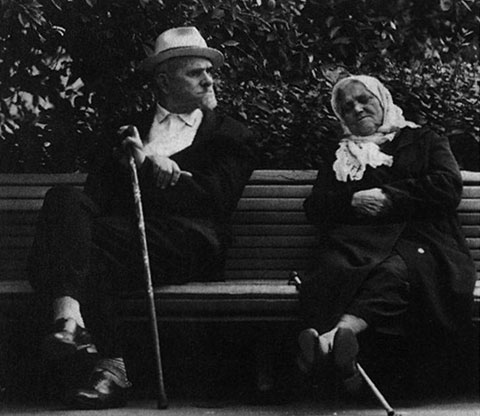 In Lisbon the Council set a new strategic goal for the EU for the next decade namely that it should become the most competitive and dynamic knowledgebased economy able to sustain economic growth and create more and better jobs with greater social cohesion. An overall strategy was adopted in order to achieve this with the objective of raising the employment rate overall from an average of 61% in 2000 to near 70% in 2010 and for women from 51% to over 60% in this period. This would also reinforce the sustainability of existing social protection systems. We believe that the strategies now in place will reduce the effects of the ageing population in the EU and the level of dependency be¬ tween those in work and those who have retired.

The ability of different countries and regions in the EU to compensate for demographic effects and to mobilise unused labour resources varies considerably and immigration will have a contribution to make in offsetting these problems in some countries as an element in the overall strategy to promote growth and reduce unemployment.

Therefore, although immigration might have a role in solving the question, it is only one of the possible measures to be taken into account.

Is there an European policy with respect to the «brain drain» that aims to counteract the emigration ofhighly qualified Europeans and also make Europe more attractive to skilled Chinese and Indian workers, than the US and Canada? What locational advantages does Europe possess over the US and Canada?

The EU immigration policy tries to incorporate steps to ensure that migrants benefit from comparable living and working conditions to those of nationals. It is essential to create a welcoming society and to recognise that integration is a two-way process involving adaptation on the part of both the immigrant and of the host society. The European Union is by its very nature a pluralistic society enriched by a variety of cultural and social traditions, which will in the future become even more diverse. There must, therefore be respect for cultural and social differences but also of our fundamental shared principles and values: respect for human rights and human dignity, appreciation of the value of pluralism and the recognition that membership of society is based on a series of rights but brings with it a number of responsibilities for all of its members be they nationals or migrants. The provision of equality with respect to conditions of work and access to services, together with the granting of civic and political rights to longer-term migrant residents brings with it such responsibilities and promotes integration. By coordinating their efforts to ensure that employers respect the provisions of labour law in the case of third country nationals, Member States would greatly contribute to the integration process, which will be particularly important in attracting migrants to highly skilled jobs for which there is world-wide competition. In this connection the Commission has already tabled proposals concerning the rights of third country national workers and independent operators legally established in one Member State to the free provision of services within the EU.

The labour market is characterised by the insufficient participation of women and older people.

The EU is by its very nature a pluralistic society enriched by a variety of cultural and social traditions.

The Charter of Fundamental Rights could provide a reference for the development of the concept of civic citizenship in a particular Member State (comprising a common set of core rights and obligations) for third country nationals. Enabling migrants to acquire such a citizenship after a minimum period of years might be a sufficient guarantee for many migrants to settle successfully into society or be a first step in the process of acquiring the nationality of the Member State concerned.

We believe that the above mentioned measures will contribute to make Europe more attractive to third country nationals.

What significance does a policy encouraging people to start a family and have more children have compared to an active immigration policy? Generous social benefits for families are obviously not the only successful means. Can any general conclusions be drawn from the French example?

Any policy Member States wish to develop under the subject «family», specially those regarding birth rates increase, could be dealt with within the Open Method of Co-ordination for a Community Immigration Policy, adopted in the 11th July, 2001.

Member States could exchange information between themselves and the Commission on their planned immigration targets under the Method of Co-ordination for a Community Immigration Policy, adopted in the 11th July, 2001.